Astrill is a Virtual Private Network provider, which was founded in Australia in 2009. However, since its original foundation, operations have been relocated to the Republic of Seychelles, in a move which the company says was designed to protect customers from Australia’s tough internet legislation and censorship.

Despite its relative youth, Astrill have been able to make significant inroads into the VPN market in multiple countries and have established themselves as one of the most popular VPN services around today. In particular, Astrill have generated a reputation for their wide range of options and features, when compared to other services.

Like with other VPN providers, Astrill’s main service involves downloading client software and installing it on your computer or handheld device. Through this software, a user’s internet traffic is encrypted and protected from snooping and hacking, along with various other threats. At present, the software is available on PC, Mac, iPhone and a number of tablet devices.

Users are then allocated a new IP address, making them effectively anonymous online, because their internet traffic will appear to be coming from elsewhere. Moreover, through the service, users can access geo-restricted content by selecting a server based in another country.

Unlike with web-based proxy services, Astrill’s VPN service will automatically work with all of your computer’s applications, as your entire internet connection is encrypted and tunnelled to one of the various Astrill servers located around the world. In addition to their personal VPN service, Astrill also sell pre-configured routers.

Astrill VPN Servers around the world:

There are three main pricing options available, giving users access for either three months, six months or one year. At the moment, there is no shorter option than three months and the longer a user commits to the service for, the lower the price they pay per month.

For example, the three month sign up currently costs a total of $29.95, which works out as $9.98 per month. This, when compared with other VPN providers, is reasonably expensive. Yet, if a user commits for a full year, the total cost is $69.95, which works out at just $5.83 per month; a much more competitive price.

Although the minimum three month commitment is longer than some competitors, the company do offer a free seven day trial. A number of optional add on features are also available, at an extra cost.

Astrill offers a variety of different VPN protocols and services, including OpenVPN, OpenWeb, L2TP/IPSec and PPTP. This helps to ensure users have full security and anonymity and places the service ahead of many other VPN providers, which only offer one or two different protocols.

Another way in which the company scores very highly in comparison to some other services is through their policy on monitoring user activity. The company insist that they do not record or keep logs of any kind on their customers. This includes website visits, videos watched, files downloaded and login details on private websites.

However, one aspect which may count against Astrill is the amount of private data requested during the sign up process, including a mobile phone number. While there is no reason to believe any of this data is mishandled in any way, it may put off the most security conscious of users, who wish to give up minimal information about themselves.

Astrill’s customer support is a particularly strong part of their service, especially when compared with some other VPN providers. Staff members are available to contact 24 hours a day, through a live chat function on the website. Telephone and Skype customer service is also available, giving users various methods of direct contact.

Overall, Astrill.com offers a solid, dependable and highly customisable VPN service, which will cater for the needs of the vast majority of users. Benefits include P2P support, a lack of user logs and the sheer range of options available, including servers in more than 50 countries and plenty of optional add ons.

In terms of negatives, the service is slightly more expensive than many of its competitors and some may be put off by the amount of personal information the company require upon registering for an account. 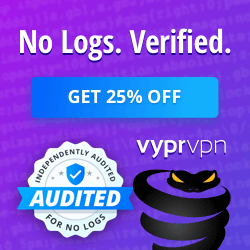 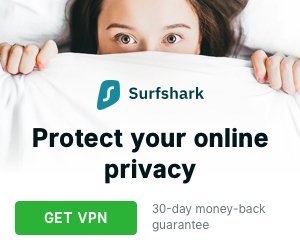